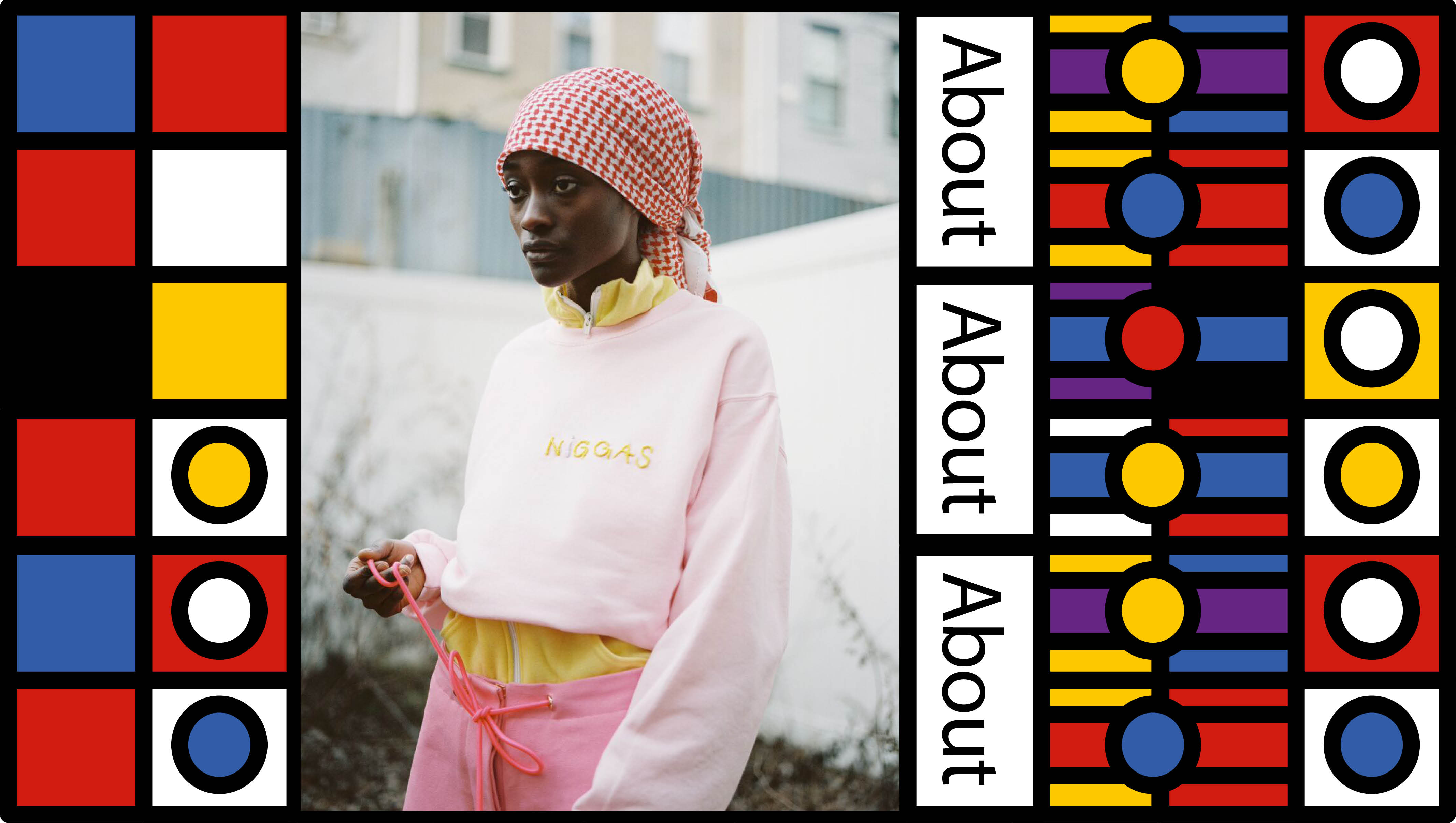 Yemzi is founded by designer Elizabeth-Yemi Akingbade, a British-Nigerian fashion designer residing in East London.  Yemzi uses sustainable materials to blend prints influenced by her origins blended with simple modern aesthetics of her western upbringing.  Her styles are hand sewn in small batches in East London. By employing female seamstresses of marginalised backgrounds with fair pay, Yemzi is combating the current trends of mass production that result in cheap labour in sweatshops.  Yemzi is heralded for their 100% silk and cotton print pieces that are stylish while not compromising comfort and wearability. 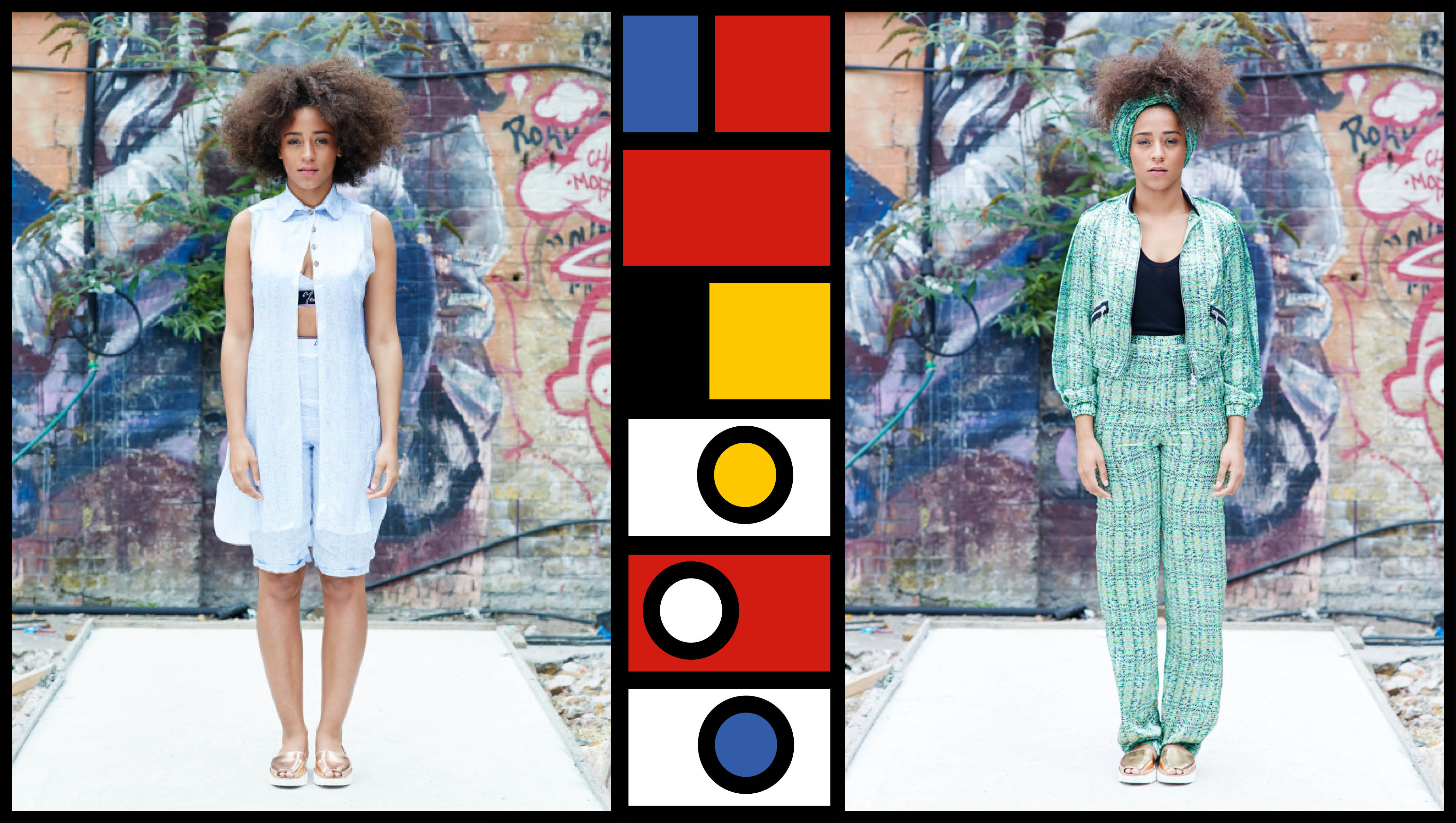 Brother Vellies proves that style does not have to be compromised when creating sustainable footwear.  Creative Director and founder Aurora James resides in Brooklyn, but the shoes are hand-made by artisans and stay-at-home moms in South Africa, Ethiopia, and Kenya. James feels that the best way to ensure long-term growth and development on the continent is by empowering the people by providing them with experience and skills while providing fair wages. Each shoe is handcrafted which cuts down on machinery usage employment rates high.  Their signature furry sandels have been copied by less environmentally conscious lines such as Zara. 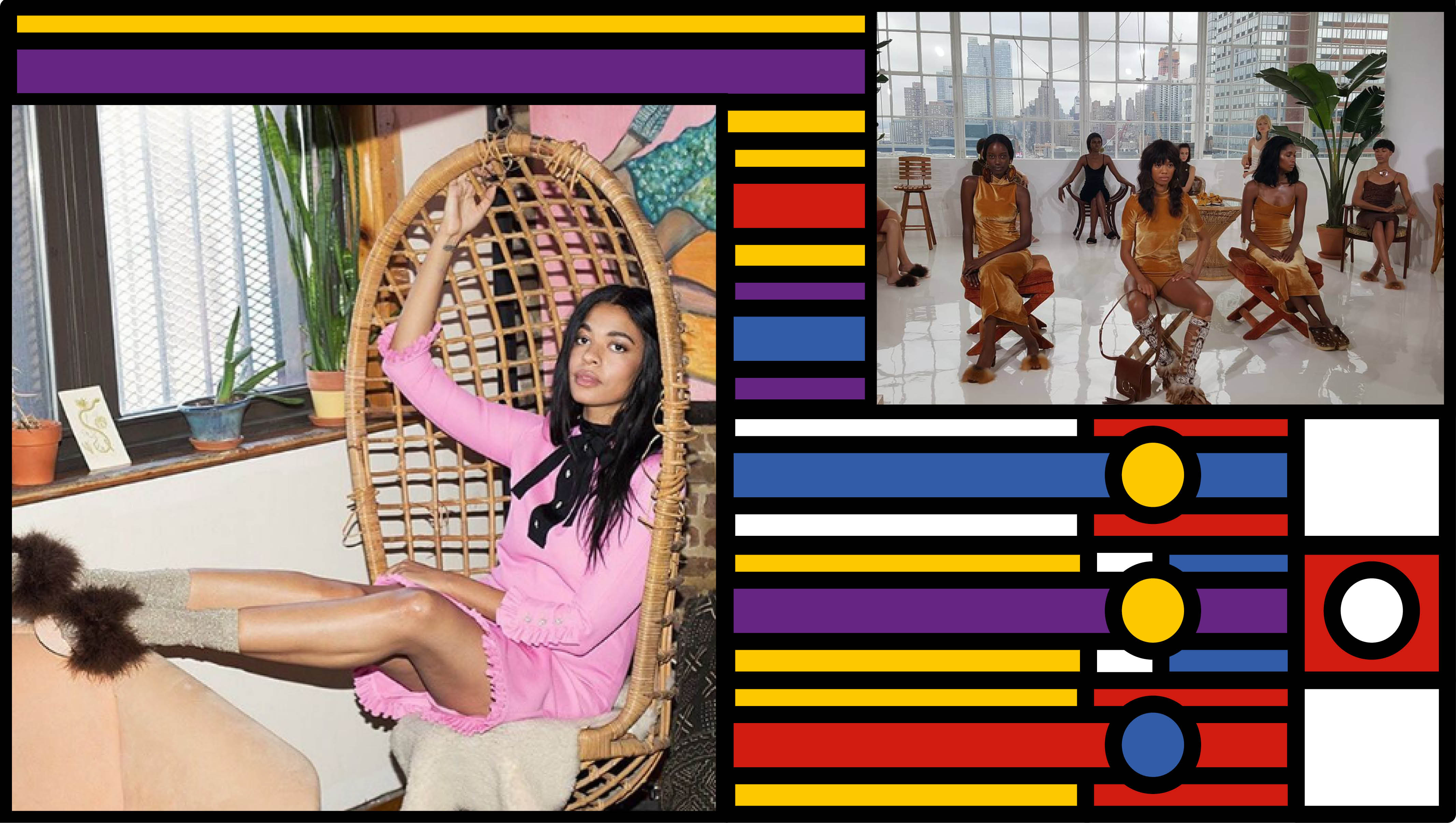 Designer Loza Maleombho represents fashion afro-futurism with her blend of Ivorian traditions and New York city urbanism to create newly imagined structured bright colored garments with the sides cut out and unique fabrics dangling in suspension, creating a style that makes each woman who dons the garments look like a superhero.  She can be found on Instagram wearing her own designs with photoshopped materials such as fruit and sewing machines on her head. Her creativity doesn’t rest as she works alongside artisans in Côte d’Ivoire to amplify the synergies between her origins and the styles she come to know while interning and studying in New York City. 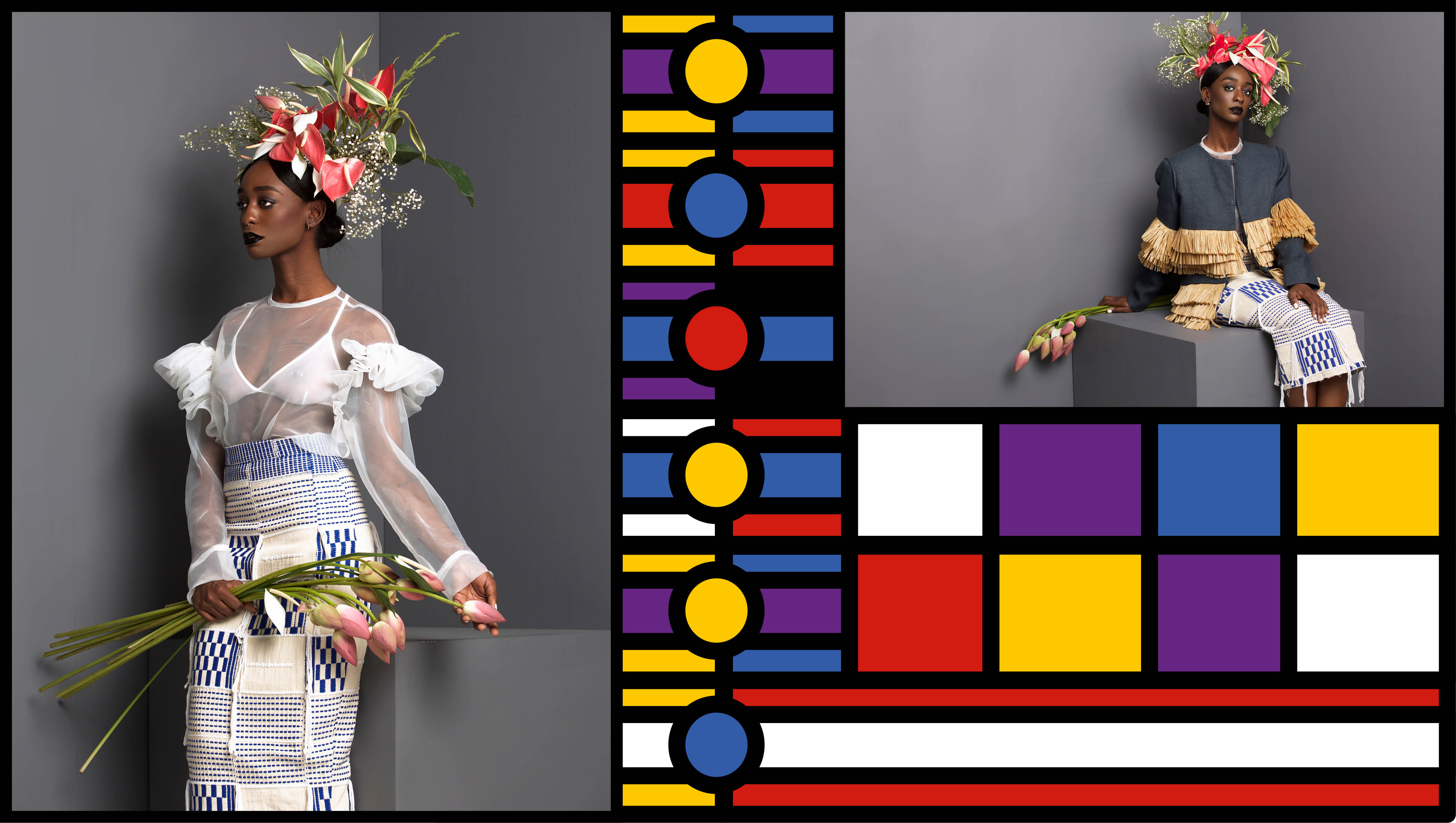 Recho Omondi was born in America to Kenyan immigrant parents.  She was raised in whitewashed middle America but would spend her summers in Kenya. Each of the worlds she occupied could not fathom the other. Now she finds herself telling her story through her designs. Her colourful designs are still being cultivated out of her apartment/ studio in Bed-Stuy Brooklyn. Omondi says that she loves black women and wants her images to depict dark-skinned women so that the world can see them, so the world can see her. Her pastel colors and bright hues are adornments for the highly melanated. Recho thinks the fashion industry’s current structure of showing new clothes six times a year produces too much waste, so she’s not doing collections, she is focusing on one style at a time.  She has become known for her crew neck sweaters with NIGGAS hand stitched across the front. Omondi insists that if she is going to be in the fashion industry, she is going to do some “black shit”. 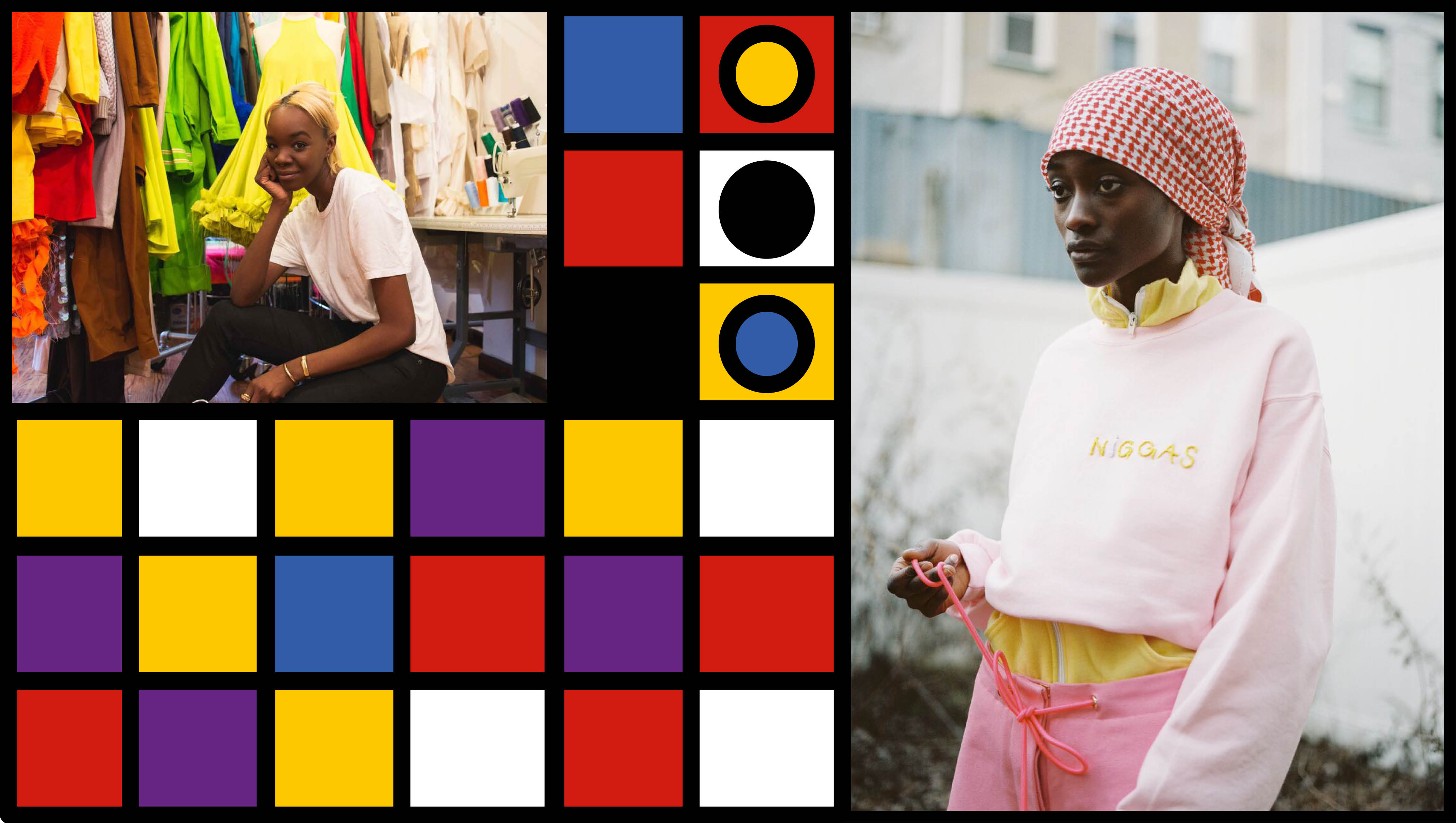 Newer Post How to safely get into Garudasana for upper back flexibility and balance Older Post Hoda Katebi On Dismantling Orientalism Through Fashion, Art, And Activism

All of these designs are stunning! I love African print and just recently purchased my first piece. Imma check these designers out!

These designs are so dope. I love learning about up and coming designers.

Wow what talented, and beautiful designers these are! I know very little about fashion but I can see a talent when I find one, and I love that these are all black women doing what they love.

These designs are beautiful! I love big and bold vibrant print and colours on clothing. It really helps to stand out.

These designers work are very unique. I don’t think I’d be wearing the n-word fashion any time soon though.

What a list of designers. My goodness, I’m completely captivated by their stories, as well as their designs. It was fun to read how their life’s experiences have shaped their brands. I’ll definitely be keeping an eye out for their work!

How freakin cool!!!! I love when people believe in sustainability and eithical rights. I’m obsessed with the photos you posted fro Loza Malembho.

So beautiful. I love the dressed up look. That skirt is gorgeous.

The designs here are very different. It’s great to hear about new and up and coming designers.

All of these designs are amazing! I would definitely wear all of them!!

Everything is so beautiful! Not sure I could have the N word on my body, but there’s plenty of other “black s***” that I would most certainly try.

I’m not that much aware of these designers. I love that they are all about maintaining the traditional style but also making use of beautiful materials to make these outfits!

How stunning and creative are these designs. I love how it works so well, whilst mixing two cultures.

I love the designs of each one! Pure black girl magic!!

The designs are amazing. The color and textures are a perfect fit!

Beautiful designers. Every time I come to your site, I learn about someone new.
Thanks again for sharing