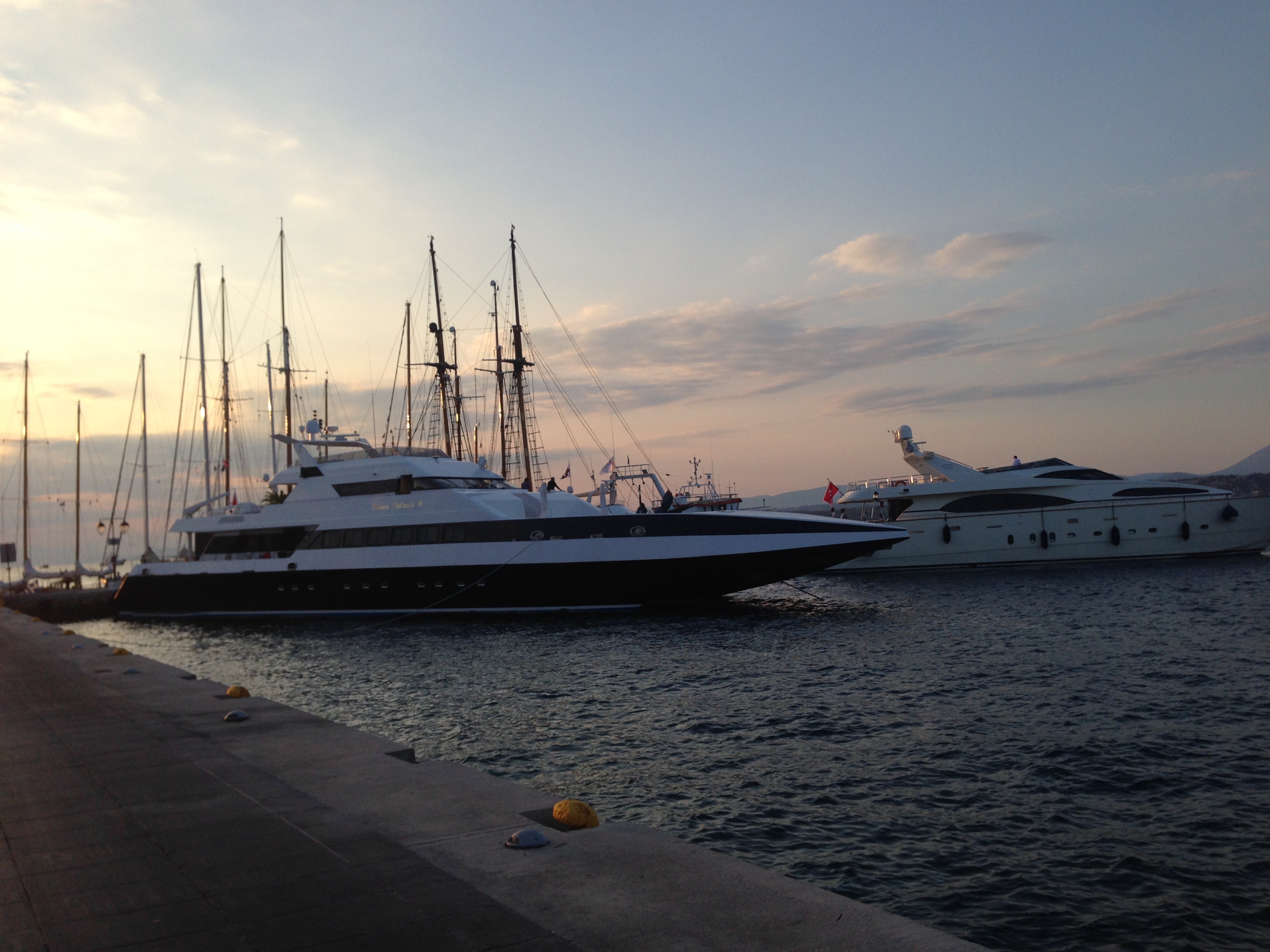 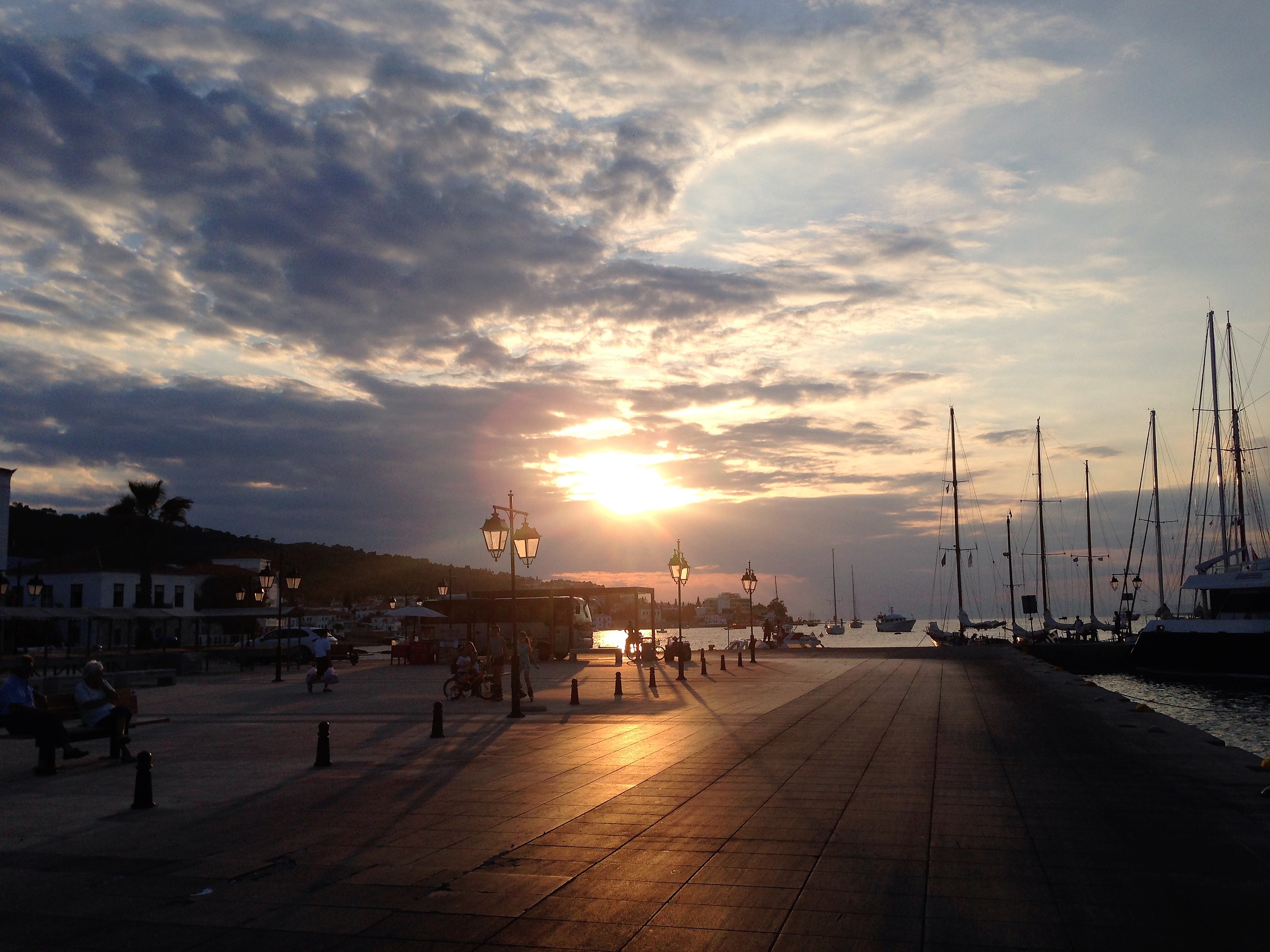 Who am I? If not all the lives I’ve lived.

The memories etched into my being.

Who am I? If not all places I’ve been.

I grew up in Morocco, where the world was uninformed and somewhat in harmony. Life was simpler, people lived in the community, engaged in groupthink and always had an opinion on what others did. People stayed close to their immediate family and many families shared a single house. You were never alone. Never your own. Never free.

My family was chaotic for Morocco’s standards. Simple issues turned into major fights. Couple drama turned into child abandon. Mental health problems turned into abuse. My family’s problems began small but ended in divorce. What started as arguments about who’s hosting the entire family for Eid, ended with my parents never speaking to each other again, leaving us alone to figure out the taboo configuration of our family.

I remember watching my family as a toddler and thinking: what am I doing here? Who am I? And why am I so different? I felt like an alien.

At the ripe age of 18, my parents—then divorced and not speaking—decided to send me away to Texas with my oldest sister: she’ll look after me, they said. I had never traveled outside of Morocco but I didn’t argue one bit. A blank slate was ahead of me. An escape from the mundane. A new adventure.

So I left. And I never looked back.

It was the best thing my parents ever did for me.

Going from Marrakech, Morocco to Houston, Texas was a drastic transition—a reset, if you will. Everything was new and I had to start over and relearn. Learn the language, the people, and the culture. In this learning, I was also unlearning. Fully present and absorbent as a child—

A kid again, something I had forgotten to be back home.

While Texas wasn’t perfect, it was a rewarding experience. The hot and humid weather never agreed with my hair plus you had to drive everywhere—there were no sidewalks to walk on. I was also turned off by the way the city was segregated. People lived in the community here too, but only with others who looked like them. Neighborhoods were split by ethnicity, nationality or race. How odd. Nonetheless, I got to start over and be whoever I wanted to be. Sometimes, the universe puts us in odd places to learn a lesson in order to move forward. The lesson must be learned, even if it’s learned the hard way.

Moving to Texas gave me the jolt I needed to reset myself.

I’ve always lived between two worlds and when my childhood house was sold and destroyed, with it, was my sense of home.

In America, people would constantly ask me if I was home sick and I always wondered the same about them. My answer was always an unapologetic no, “home is where I pay rent,” I would say. The last time I felt homesick was when I was living between my mother’s and father’s houses in Morocco.

The pursuit of myself led me to travel north to one of the most diverse cities in the world. I never thought I’d find a home in a mega city like New York, but I’d never felt more home in my entire life.

Being amongst a sample of the world’s population—from every country, religion, gender, belief—is where I was truly able to find myself.

You see, we and this planet are one. We are made of it and it is made of us. The more places on earth we experience, the more we learn about ourselves. By going to places around the world, we’re actually going to places within ourselves.

I found that as soon as one gets comfortable in their bubble, they are faced with two choices: They can either get comfortable and stop growing or, they can spread their wings and burst out of the bubble to soar, until they eventually find yet another bubble and be faced with the same choices all over again. This is the cycle of life. Neither choice is wrong but one leads to a full and magnificent life.

Travel does that for me and all I have to do is set the intention.

So the question remains: who am I?

I’m not sure yet, but each journey brings me closer to myself.

I am the culmination of my experiences, I am a nomad just like my ancestors: they didn’t belong anywhere. They belonged everywhere.

A couple of years ago, I was forced to stay in a bubble for way too long—I couldn’t see myself in the world anymore. I had lost touch. I had lost the light. Darkness settled in and depression took over me to the point of completely losing myself in this vast universe.

I didn’t know what to do or where to go until one day, I woke up with the urge to yet again escape. I needed to go somewhere by myself. I needed space to see beyond my bubble of pain and confusion. I seeked and intended clarity.

This was the first time in a long time that I had the urge to do anything really… I knew this was my intuition waking up and talking. It was faint but I could feel it, it was a sign of hope, a glimpse of light coming through the cracks of my broken soul.

But where should I go?

I opened my laptop to google and stared at the page blankly before typing: retreat.

What was a retreat? I had no idea because I had never been on one. But I knew I needed to remove and retreat myself from my current bubble.

The search yielded too many things, but one of them caught my attention. It was an Ashram, only a three hours bus ride away from me. What is an Ashram? I thought. I didn’t even practice yoga, and the website had two questionable pictures of “gurus” on its front page, it was cheesy and outdated but I kept staring at it. It was my intuition again. “Just do it,” it said.

I booked a long weekend without any idea what to expect. I escaped again. I took a leap of faith. What I discovered on the other side was the self I had lost to depression and to containing myself—in all my glory—inside a bubble that was too small to hold me.

While retreating, I had found tools like meditation and yoga to help me come back to myself and to my body. I had found a community of wise people who showed the new perspective I needed to see. I had found myself and embarked on a journey of healing and discovery, all because I had followed my intuition where it wanted to take me.

Travel did that for me. Over and over again.

Travel is my way of bursting out of my bubble and purposefully putting myself in places that inspire my expansion.

What starts as an escape always ends as a discovery.

I urge anyone who feels stuck to travel somewhere different, to let their intuition choose and just go with its flow. That flow harnesses life—their life.

Who are we? If not the things we see.

The people we meet.

The lessons we learn.

Who are we? If not an expression of this universe.

Let the world see you.

I promise that in return, you’ll see yourself in the world.

Mariam
– In reply to: Ngumabi

Thank you 🙏🏽
I always thought the idea of a country with borders and a flag is an odd idea. The earth is one planet, and it is all ours, staying within borders is unnatural to our evolution.

Wow this is so powerful! I think that we all ask ourselves the same question in life, but it’s great that you have found a way of finding yourself in travel. I think in some ways I am still looking.

I appreciate you. I am still looking as well and probably will never stop looking. I rest in the idea that the pursuit is where the magic lies.

WOW! This is SO beautiful! I LOVE your story. That is amazing. The choice to rediscover is so important. And you are not alone! I very much connected with your story. It clearly has been hard for you but has made you the person you are! ~ http://viabella-thebeautifullife.blogspot.com

Mariam
– In reply to: Via Bella

Thank you so much! It’s really important to not feel alone and I’m so happy for spaces like this that allow me to express myself.

Very brave of you to share your personal story about your family. My parents never married each other. I’ve often wondered what that would’ve looked like if they had.

Mariam
– In reply to: Rachelle Monique

I feel you Rachelle. It’s difficult to move on and accept reality sometimes. But that’s the life work isn’t it? Thank you 🙏🏽

hi, maryam. your story is really pitiful. but i think you should forget bad memories and move on.

Mariam
– In reply to: Talha

Thanks for your suggestion. Sometimes, your bad memories also hold your joy, so you must feel and welcome the bad first before you feel the good.

This was a nice piece and makes you think about yourself for sure.

Interesting piece. Hoping you are able to find the you that you should be more in your travels.

Thank you for sharing your story about your family no matter how dysfunctional it may have been. I am intrigued that you grew up in Marrakech and moved to Texas. I can understand what a culture shock that must’ve been.

Mariam
– In reply to: Kim

Thanks Kim. It was definitely different but not in a bad way. I enjoyed it a lot actually, to me, it was gaining my freedom! 🙂

You never know someone’s truth and what someone has experienced. I love that you were so transparent in this post. I think that we are all searching to find out who we are at some point or another in our lives. Thanks for sharing.

Mariam
– In reply to: Ty

Thank you 🙏🏽 I recently started feeling more comfortable opening up about many things. I’ve always been a writer but wasn’t able to write for 3+ years and I realized that the only way for me to be a writer is to give myself permission to write whatever comes out. So here it is, and I’m so glad it resonated.

Morrocco is beautiful. I have always wanted to visit and see the country in person.

Mariam
– In reply to: Elle (CleverlyChanging)

Morocco is really magical, I highly recommend it!!!

Good or bad my life story has made me who I am. As an adult I try to make sure it is positive, it is fun and that I’m constantly learning and growing. I love to travel.

This was beautiful. I find that you rediscover yourself over and over again at different points of your life and it’s a beautiful process every time. Thanks for sharing your story!