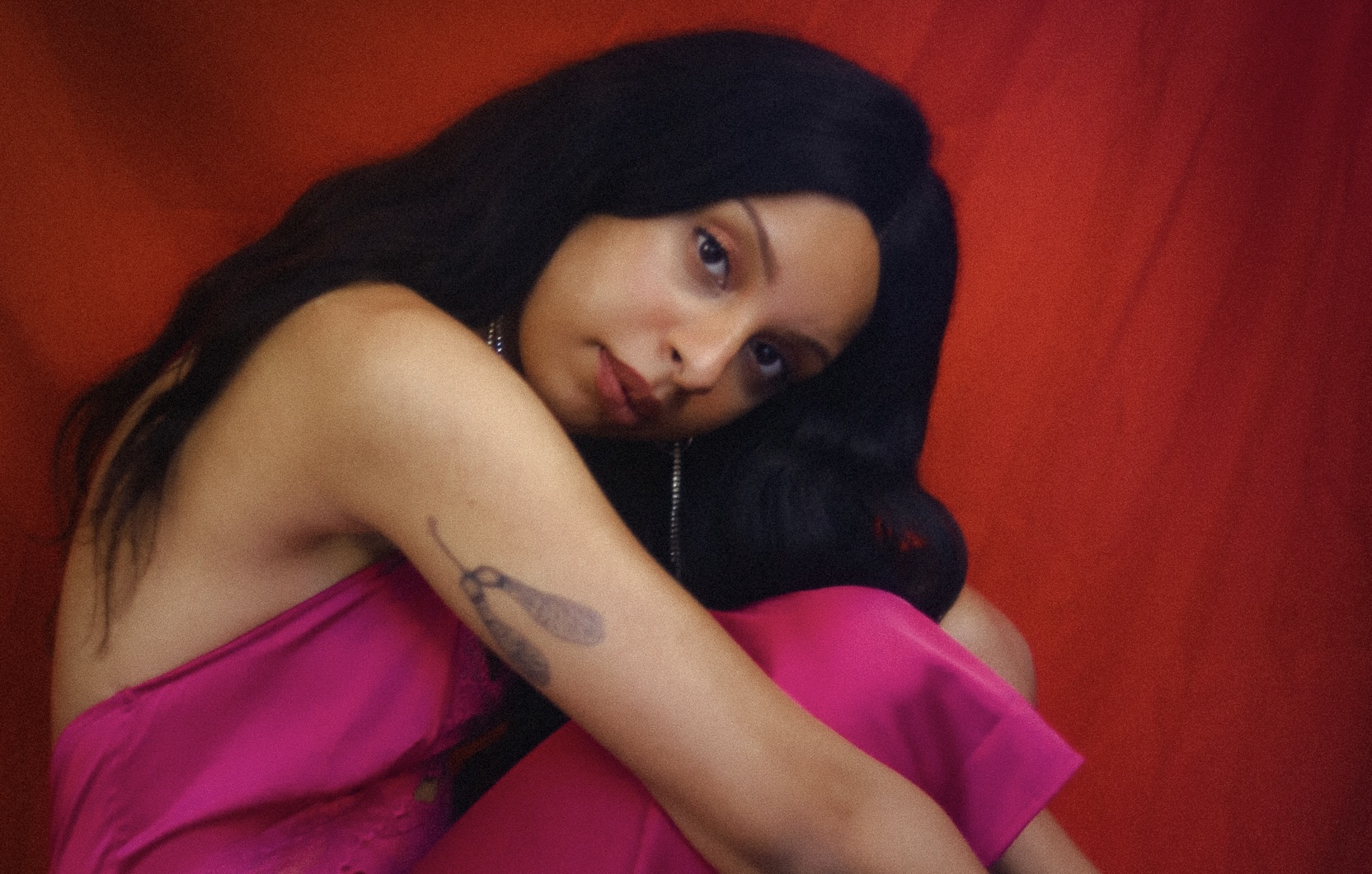 I hope to grow

Roots scattered across the forest floor

Yielding towards the moon.

To push through the earth

To sieve through the grit

To meet a glory

That has been shielded

By my own misery,

Two weeks before the day my lover left me, I had knelt down on my knees just before sleep could overpower me and began to pray. I prayed earnestly for deep change and transformation, for God to acknowledge that I was finally ready to receive all I had dreamed of,  as I felt for a while that a cycle was coming to an end and that something had to give.

“Please God,” I begged, “bring change upon my life.”

I was hoping for a change without the brutal breaking of all I hold dear to me. I did not want the pillars of my life to crumble from under me but then again.

I do not pray to a merciful God, and if it is change that I am asking for then I must be prepared for the destruction that follows. The destruction that makes space and the emptiness that it leaves for the possibility to rebuild in God’s image. Two weeks later my five-year (without counting the breaks) relationship ended. My first love. The person I had known since I was 19 years old and eager, someone who at 34 years old had taught me the tumultuous yet tender nature of men, the tempest of love and the calmness that follows, the cruelty that lies in receiving love from broken people but the tenacity that exists between two passionate hearts. My amour, my best friend. All I had known had left me, an abrupt departure when I always hoped our rollercoaster of love would never end.

Soon memories of you will get caught up in the wind

The good days that I cling to as punishment,

Will simply be one of those things.

Prior to meeting him, I had vowed never to fall in love because I was sure I would never be able to survive heartbreak. I had listened to enough Billie Holiday and Etta James to recognise that love was a serious thing, a soul-taking thing, something that could leave you wretched and blue. I just thought to myself that I cannot do it. Yet, this is not how life works, you can tell yourself one thing that you will never do and within a blink of an eye, there you are standing in the act of doing it. So, there I was meeting someone on a summer afternoon in Brixton finding myself loving them in ways I thought I could never love, who knew the heart could feel such things and how the body soon follows.

At such a young age (though I felt like I was a woman at the time) loving an older man put me in a particular position that I didn’t quite realise I was in until much later. Having no prior experience of a serious relationship and not a lot of ideas of what was out there in the world, it became easy for his own lens to be the one with which I looked out to the world. His own words became my own tangible facts, his actions a staple idea of the nature of men and love, that treacherous thing, to be exactly what he showed me it was. I became a woman through this union, every birthday, every life change event, everything had to be a moment shared, a moment of inclusion, a moment where we could still stay intertwined without our ages stubbing our joy or reminding us that one day we may drift apart.  It was not that I shaped my life and being around the relationship and this man but rather at times it felt like life was existing because of it, that it was the most real thing that breathed and felt me, God forbid I let that go. This was someone who began to know me better than anyone, who validated my existence with every call to see if I was okay, who did in their own way truly love me. Who else could physically and emotionally see so clearly how much I was changing from nineteen to twenty-one, two, three, four, five. If we were to ever fall apart and I am left naked to this world, then what would I know? He was fifteen years ahead of me and had loved and travelled and known and seen but what about me? I would be left outside like a child without training wheels, gravity edging her to fall though no one would be there to catch her.

But where do I put this love?

That morphed so effortlessly throughout the years

Of my young girl age.

I do not even want to pour it into me,

Because this love feels strange

Harbors sentiments of you in some way.

Not to mention that in loving someone so dearly and openly, I had done everything my culture and religion forbade me to do. Well in truth, nothing comes between me and love, I am hopelessly tethered to it and I have always had this dire need to feel everything life has to offer me, the darkest and brightest of emotions that validate the blood that runs through my veins. This has meant that if I were to comply with every rule that existed in my culture and my religion then I would never fulfill my heart’s desires. Yet, to make those compromises for another living thing says a lot about how you feel, right? To relinquish the perceptions many had of you so you could exist in the world you and your lover had made, actively knowing the world would crumble if you were to do even a fraction of what your mother and father wanted you to do. I wish that he had seen that, you know, see it for what it truly was as a Black Igbo woman barely into her twenties, the sacrifices I was willing to make, watching the expectations that I once had lived for shatter around me with every kiss and embrace or night out. God, that double life was hard. Does a man ever have to do such a thing? Think in such a way? To know that his manhood is seen as sacred not because of its own innate power but because of the beliefs that exist to its detriment. I know that he will never have to think this way, go so deep within himself, and face such friction but somehow it was not enough to prove that he was loved by me. Anyways. There is something about someone leaving you when you had done so much to make them stay, to make them feel human despite their grave mistakes. Something simply embarrassing about it but if you do not make peace with that so you can grow, you will simply die.

But for the broken,

The rest of the universe

Is where the moors of their soul will not shatter

And their hearts do not weep.

The rest of the universe is where

All that had been done

Will have no gravity to linger.

I was set free and I know that now, from the very beginning of the end it was affirmed. It was the dragonfly ring that arrived on that day, a silvery large emblem of change and transformation delayed in transit up until our final call. It was the brown butterfly that almost kissed my cheek while I waited at the bus stop to go and collect my things. It was the lightness that followed on the train journey home. It was the clarity that followed. Some days I feel myself becoming someone new, the old parts of me bubbling back to the surface no longer having to compromise, safe to parade itself. If I am being honest, I was beginning to be too much for a lover. I was too busy journeying inside of myself to pay much attention to the person beside me, delving into my innards and trying to see if the little girl who once had such big dreams and such a loud voice was still alive. I want to pull her back up, I want her to be center stage, and the closer she came back to me, the more I knew she would not stay until I was alone again.

On other days the lonely evenings feel unbearable and I want nothing more than to simply be told, “I love you.” The weight of those words was enough to carry me through the night. I miss intimacy, the world being silenced by a warm, long embrace. Those nights, my heart misses you so much but my soul doesn’t. My Chi doesn’t. Isn’t that a strange thing to feel and acknowledge? I had the days of ugly crying, of waking up with a tightness in my chest and then the anger and then the pain and then the freedom and anger all over again. He told me that it feels like the end of the world when it’s your first love to which I disagree. I always knew that there was life beyond us, I just chose not to acknowledge it if you were not a part of it. Yet here I am living in this universe on the other side whilst you are alive without me despite our countless pour toujours. If I do not smile then I will cry at how hopeful we humans are for an eternal love as if death is not the precursor of all our lives.

Anyway, in a year I will read this essay again and I am interested to know how I will feel. Yesterday I wrote a poem about regretting you and I don’t know if I lied. I could never regret love. Even if ours was such a messy thing, a hurtful thing, a wonderful kaleidoscopic earthly thing. Thank you for showing me what love can do but through heartbreak, I have shown myself that flowers bloom. 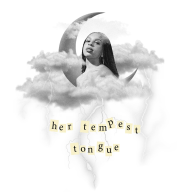