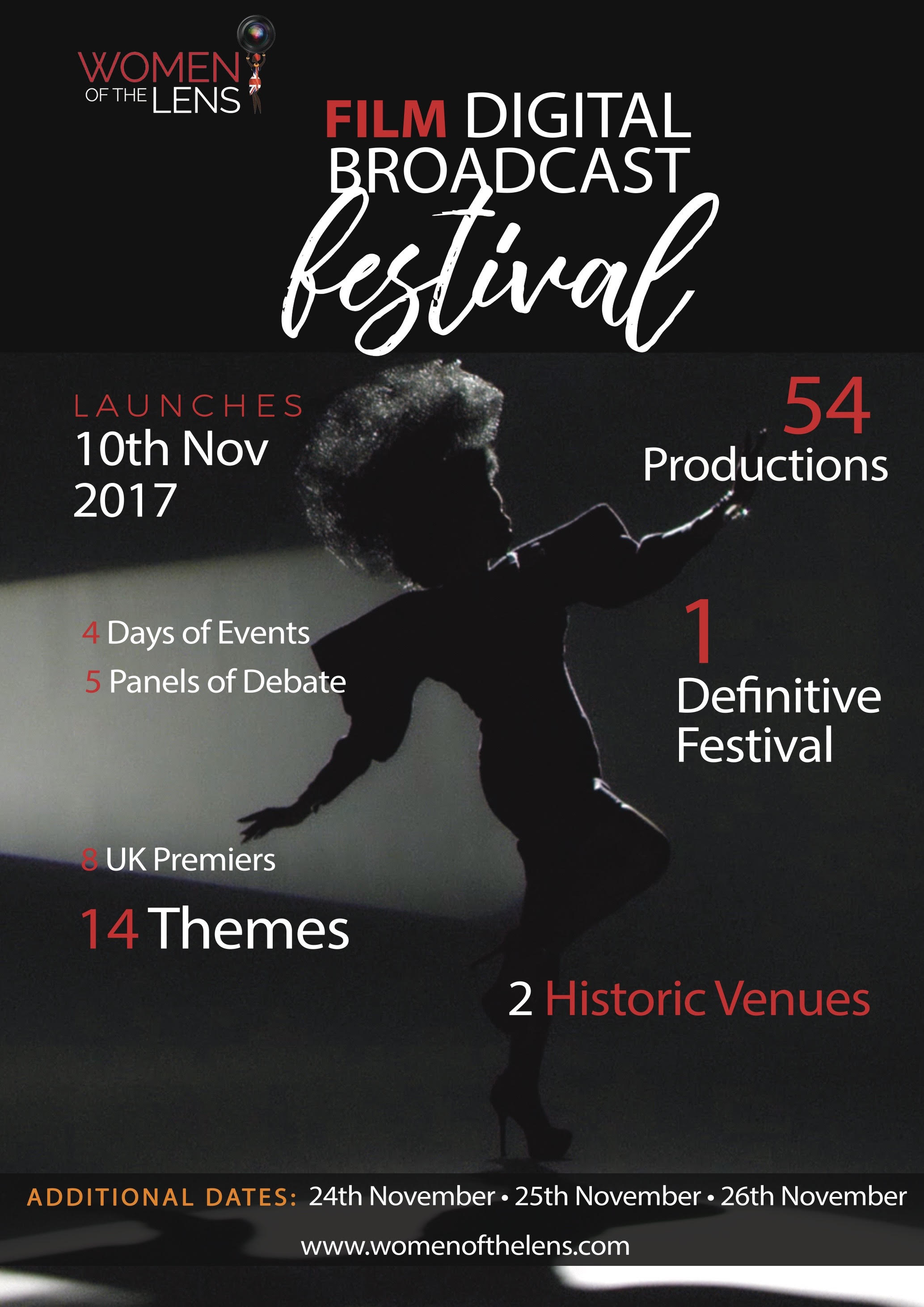 Lately, conversation around film, cinema and the industry have been centered around men and their inability to respect consent. This narrative has overshadowed the multitude of good, honest work being created by women, persons of colour and non-binary individuals outside and within the industry. The Women of the Lens Film and Digital Broadcast intent to reveal “the complexity, diversity, and multiplicities of women who’re ordinarily overlooked in the conventional media sphere,” was an interruption of this narrative. Walking into a room of black women screenwriters, producers, directors and film enthusiasts, reminded me that the industry is much more than just the white male predator narrative.

In this space, prior to the movie screening, we sat: enjoying refreshments provided, in conversation with one another, quickly slipping into a camaraderie that implied long-term relationships. Although, many of the women in the space had worked together previously and so arrived together at this event with history behind them. It was wonderful to be in a space listening to and speaking with black women freely: from critical, technical and emotional places about creating content for the screen. There wasn’t any need to hold back or couch the discussions in palatable terms because everyone there was open to discussions that broached, the good, bad and ugly with regards to the film industry and especially narratives representing black womanhood.

The launch theme of black female sexuality, which would be further explored via a panel was introduced with the screening of Spike Lee’s sometimes controversially received film Girl 6. It was something of a disappointment for me that the movie to mark the launch of this event had been created by an African-American man as I was looking forward, very eagerly to watching Black British female talent displayed on the screen. However, as Jennifer G. Robinson, organiser of the event explained in her speech opening the event, the festival’s aim is to showcase work that is honestly attempting to showcase black women on screen. Additionally, Girl 6, though directed by Spike Lee was written by Suzanne Lori Parks an acclaimed American screenwriter and novelist. Sure, it would have been preferable that Black British female talent marked the opening of the event, however, Girl 6 was a thoughtful choice.

As a movie that has been long on my list of must-sees, surrounded by black women was a wonderful way to finally see this poignant film. It was a very timely screen when looked at against the slew of sexual assault allegations being levied against gatekeepers in the film industry. A representation perhaps of the insidiousness and normalisation of sexual impropriety in the industry. Girl 6 ironically opens with Quentin Tarantino playing himself – think of that what you will, or better still, find a way to watch this cinematic masterpiece.

The panel hosted by Yvonne Connikie with Delia Rene, Jane Sante and Kelechi Okafor was a captivating post-movie conversation around, specifically, Black British female sexuality that saw the room engaged. Exploring stereotypical portrayals, the need for women to visit strip clubs and the complexities of raising young black girls today, the conversation was inclusive of every woman in that room. We shook our heads in agreement, disagreed and learnt from one another in a short half hour space that flowed into the reception that concluded the event.

A few of the women I conversed with will have their films showcased during the festival. I am very excited for the debut of Aysha Scott’s movie Absent: a film exploring the long-term trauma of absent fathers on children and the mothers raising these children. This is a passion project born from Scott’s own experiences growing up raised by a single mother looking after her 7 children. The film’s tagline: “One must forgive, to overcome adversity,” follows through the idea of how we carry the trauma of abandonment and its place in affecting our ability to grow or change. It explores how repeated cycles of abandonment are borne from the inability to let go of past pain.

As the opening gambit for a festival that will be showcasing fifty-four screenings and several panels, I left very pleased and slightly tipsy. To have spent a few hours with women creating and passionate about what is being created about and for black women on screen, reminded me that our true narrative is in our hands. It also pushed me to set my movie searches beyond the realm of Hollywood and look to the grassroots creators making passion led, honest narratives, ungoverned by the politics of mainstream production companies. A good search start is with The Women of the Lens Film Digital Festival, aimed at highlighting “the multifaceted complexities of black women and women of colour.” This festival will be showing stories, reiterating the fact that “women’s stories are human stories [] that can be enjoyed by all audiences irrespective of ethnicities” and to support this, a myriad of panels discussing themes like: the trouble with women, bonds that bind, sugar and spice and all things black girl, will take place following film screenings over the course of the festival.

“The stories contained in the Festival highlights the multi-faceted complexities of black women and women of colour. The stories show that these women’s stories are human stories, our stories that can be enjoyed by all audiences irrespective of their ethnicities.” – Jennifer G. Robinson the creator.