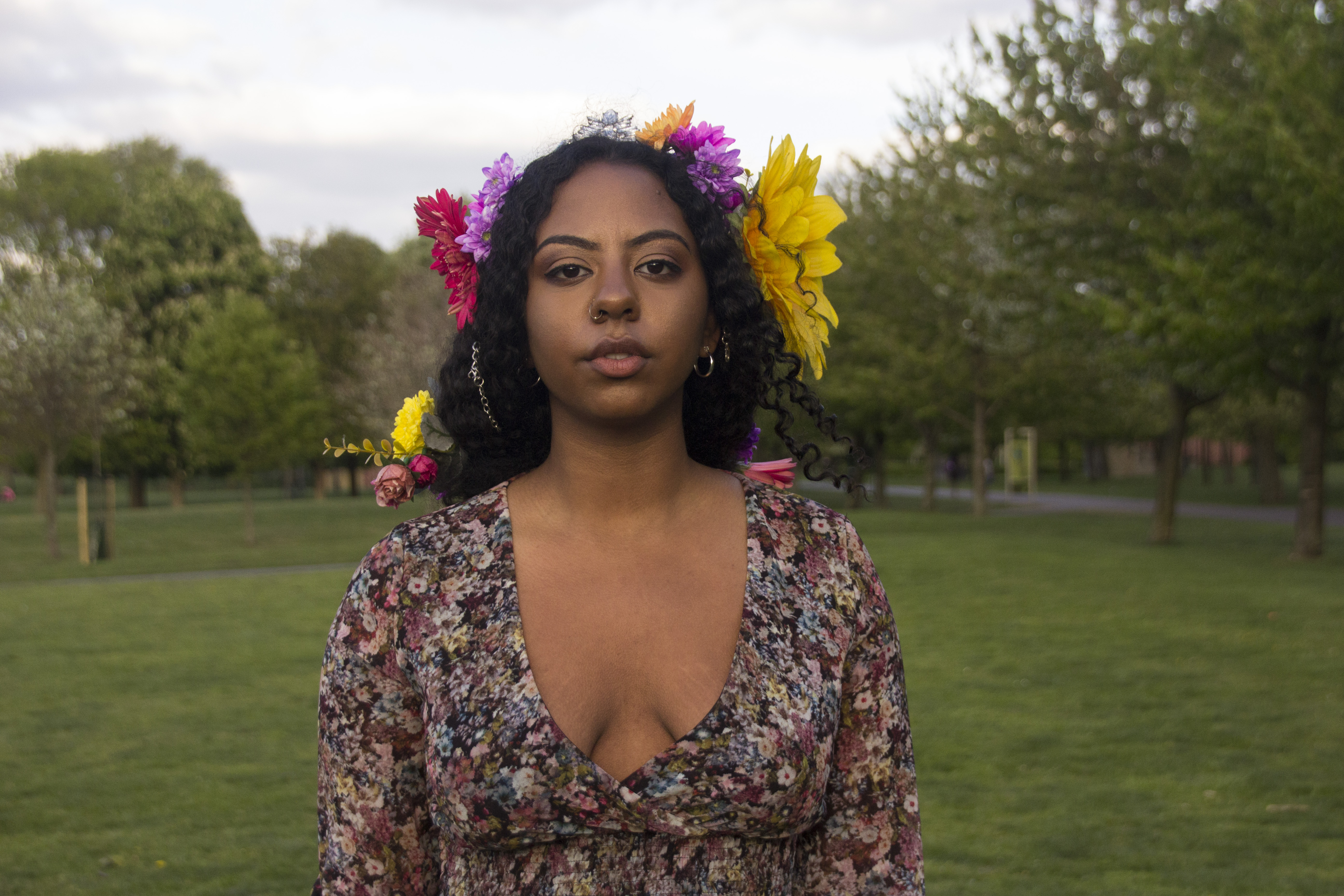 I returned to the bustle of New York City replenished and glowing after five blissfully hot days in the Mojave Desert. So imagine my dismay when I walked into the light-filled, glass atrium restaurant that I work in, and my cisgendered, straight male coworker exclaimed to me that he saw my instagram pictures from Coachella and that I “definitely should’ve worn underwire” in my desert pictures for better aesthetics.

I was in no position to have my coworker project his Mad Men-style of chauvinism on me when I returned to work that day and, in so many words, I told him just that. I didn’t pull him to the side and handle his male fragility with care. Instead, I explained to him, in the presence of the predominantly male cast of spectators, that A) my body is not up for discussion, nor is my choice of clothing and B) he should save his uneducated, sexist remarks for a place where they are deemed warranted and that place probably doesn’t exist outside of his head.

Allow me to provide a bit of background information for prospective. My younger self would have found a way to avert this exchange. After all, at a 34DDD, my proverbial cup runneth over. I grew up thinking I should almost always be cocooned in a brassiere. My mother cringes at the sight of hardened nipples through a t-shirt and my sister, a 29-year-woman, who also carries around the weight of triple D breasts, 16 years after the awkwardness of puberty, still sleeps in her bra. I also grew up dismissing these kinds of remarks as just “the way boys talk.” I was 12 years old the first time a boy told me that he could see my panty line and that he didn’t find it attractive. I begged my parents to buy me thongs for the next three years.

Aside from the remarks being made about my breasts and panties in and around school, the media had a way of making light of crass, unsolicited comments about women’s body parts and, though it made me uncomfortable, I made it a point to not make too big of a deal out of any of it.

In 2014, 10 long years after I had graduated high school, TIME.com published a piece that bore the headline, “Science Shows Men like Women With Less Makeup”. My first reaction was, obviously, “We. Don’t. Care.” but I had five minutes of my life to waste so I went against my better judgment and clicked the link anyway. The opening sentence “Women should probably cool it with the eyeliner” brought on so many feelings of anger and hopelessness. The fact that a woman wrote an article perpetuating the idea that women should be doing things solely for male stimulation is not only startling, it is downright infuriating. I spent my entire adolescence and early adulthood seeking male approval by silencing my voice and over sexualizing my body- a rocky terrain that the author of the article was clearly still navigating- and I didn’t need TIME.com reintroducing those outdated ideals into my psyche.

It’s been a week and my coworker hasn’t been able to look at me. I can’t tell if it’s the way that I chastised him for his failed attempt to police my body from across the country, or the fact that I’ve been braless ever since. Either way, I think he caught my point.

Cortnie Vee is a Texas born, Brooklyn based storyteller. Her mediums include poetry, essays and short screenplays, and her work usually explores themes of unrequited love and loss. She enjoys thrifting and hand making candles in her apartment as a form of therapy. She takes her coffee with sugar and her martinis with gin.

Oh dear, I can’t imagine having a coworker say that. It’s cruel (at best). Vacations are just that .. for being whoever and however you’d like to be x

I can’t believe someone felt that they had the right to tell you that had you should have been wearing an underwired bra, that’s your decision to make x

I love this is so much.

I think women should not feel they have to wear make up including eyeliner just to please others. As far as i’m concerned I will wear a bra if I want to not to keep others happy, good on you girl!

Omg I can’t believe someone said that to you , This is your life and you should do what you like

I think women should wear what they want and never do compromises for others. We should wear whatever makes us comfortable, we should decide if we want make-up or not, if we want to put on a bra or not, without the fear of being judged by men.

Good on you! All I know is that you’re a better woman than I am because I can only imagine what I would have said….or done!

Thank you for this post, for your thoughts and for your stunning beauty! I’ve been volunteering with feminist associations to talk in schools about gender beauty stereotypes and it’s crazy how much media, newspapers and people keep on spreading a patriarchal point of view of what a must can/must be like. Try to edit on google “beautiful woman” (think that nowadays almost all Western teenagers get news and infos on internet and google) and you’ll just see a gallery of “sexually available “woman, posing the way man would love to see them.

I love this! Always battling with my mother on this. She *insists* that it’s absolutely necessary that I wear a bra everywhere. Why? I’m part of the itty-bitty titty committee, rocking with my lil A’s. They’re a waste and uncomfortable!

This is probably the best thing I have read in a while. Just imagine a fellow woman nodding her head vigorously while reading through this. Could not agree with you more! Sharing this ASAP.

I love the photos. The flowers look so awesome and fun! Gender stereotypes pop up quite often. United we stand to challenge gender and other stereotypes.